The House has voted to move the American Recovery Act (H.R. 1319) forward.

Earlier today, the U.S. House approved the Senate’s amendments and passed the next Covid Relief package. The next step is the President’s signature, which is expected to come ahead of the expiration of jobless benefits this weekend. The nonpartisan Tax Policy Center projects this bill will boost incomes for the poorest 20% of Americans by 20% – an economic boost to those hit hardest during the pandemic.Included in the package is the Butch Lewis Emergency Pension Plan Relief Act of 2021, which will protect the pensions of 120,000 active USW members and retirees by ensuring they are fully funded for at least 30 years in addition to allowing healthy plans to better account for the pandemic and help to ensure their solvency for the future. Years of work has gone into saving these multiemployer pensions. We know these are deferred wages for folks who count on them for their retirement security; they earned them and were in danger of losing them at no fault of their own. It’s a very big deal. 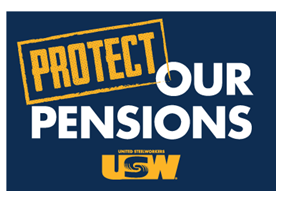 In addition to this, the bill also has critical measures that directly impact our members including:

How did your Representative vote?

All Democrats except Golden (ME) voted yes, all Republicans voted no.Tiffany (WI), did not vote.

Click HERE for a printable version to distribute in your workplace.